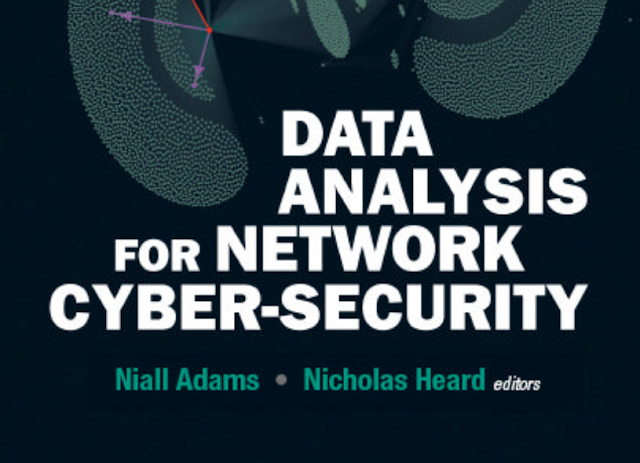 There is increasing pressure to protect computer networks against unauthorized intrusion, and some work in this area is concerned with engineering systems that are robust to attack. However, no system can be made invulnerable. Data Analysis for Network Cyber-Security focuses on monitoring and analyzing network traffic data, with the intention of preventing, or quickly identifying, malicious activity.Such work involves the intersection of statistics, data mining and computer science.


The contents of this volume are contributions from invited speakers at a workshop entitled “Data Analysis for Cyber-Security”, hosted by the Universityof Bristol in March2013.

We aregrateful for the generous support of the Heilbronn Institute for Mathematical Research, an academic research unit of the Universisty of Bristol with interests related to cyber-security. Cyber-security – the task of defending computers and people from electronic attack – is a pressing concern.

For example, a report sponsored by the UK government in 2012 estimated the cost of cyber-attack to the UK economy as £29 billion. This cost is attributed to various types of attack, including extortion, ﬁscal fraud and identity theft.

Notably, the largest category,intellectualpropertytheft, accountedfor around£9billion. Thescale of cyber-attack provoked the UK government to highlight cyber-security as a top priority for national security in 2013.