The Art Of Deception (By Kevin Mitnick) 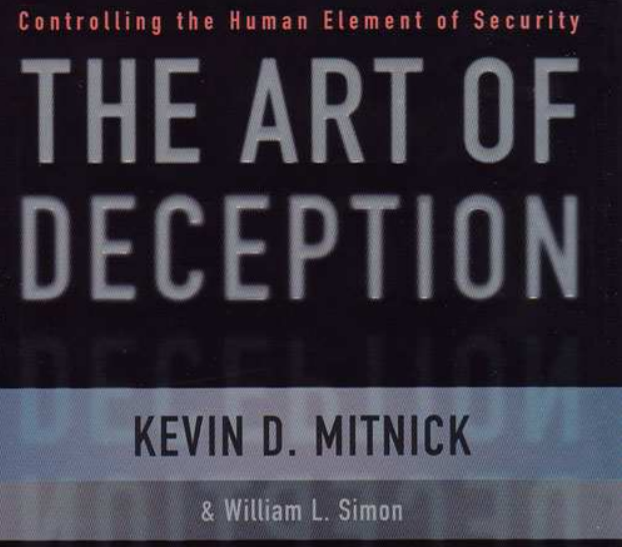 The world's most infamous hacker offers an insider's view of the low-tech threats to high-tech security Kevin Mitnick's exploits as a cyber-desperado and fugitive form one of the most exhaustive FBI manhunts in history and have spawned dozens of articles, books, films, and documentaries. Since his release from federal prison, in 1998, Mitnick has turned his life around and established himself as one of the most sought-after computer security experts worldwide. Now, in The Art of Deception, the world's most notorious hacker gives new meaning to the old adage, "It takes a thief to catch a thief."


Focusing on the human factors involved with information security, Mitnick explains why all the firewalls and encryption protocols in the world will never be enough to stop a savvy grifter intent on rifling a corporate database or an irate employee determined to crash a system.

With the help of many fascinating true stories of successful attacks on business and government, he illustrates just how susceptible even the most locked-down information systems are to a slick con artist impersonating an IRS agent.

Narrating from the points of view of both the attacker and the victims, he explains why each attack was so successful and how it could have been prevented in an engaging and highly readable style reminiscent of a true-crime novel.

And, perhaps most importantly, Mitnick offers advice for preventing these types of social engineering hacks through security protocols, training programs, and manuals that address the human element of security.

The book is written in a conversational tone - it almost sounds like someone is sitting next to you at a bar, telling you war stories. And stories they are.

From the simplest tales of people pretending to be co-workers, and asking for important information, to more complex scams involving a series of carefully-scripted phone calls, or stories on getting past guards with smooth talk.

Mitnick shows that, in many cases, hackers don’t need to sweat their nights away in dark rooms lit only by the bluish light of their monitors. It can often be as easy as calling up and just asking for a user name and password.

With a Foreword written by HackerOne Co-Founders Michiel Prins and Jobert Abma, Web Hacking 101 is about the ethical exploration of software for security issues but learning to hack isn't always easy. With few exceptions, existing books are overly technical, only dedicate a single chapter to website vulnerabilities or don't include any real world examples. This book is different. Using publicly disclosed vulnerabilities, Web Hacking 101 explains common web vulnerabilities and will show you how to start finding vulnerabilities and collecting bounties.
Post a Comment
Read more

This is basically a straight forward guide towards ethical hacking and cyber security.Computer hacking is the practice of altering computer hardware and software to carry out a goal outside of the creator‘s original intention. People who slot in computer hacking actions and activities are often entitled as hackers. The majority of people assume that hackers are computer criminals. They fall short to identify the fact that criminals and hackers are two entirely unrelated things.
Post a Comment
Read more