Security for VPNs with IPsec 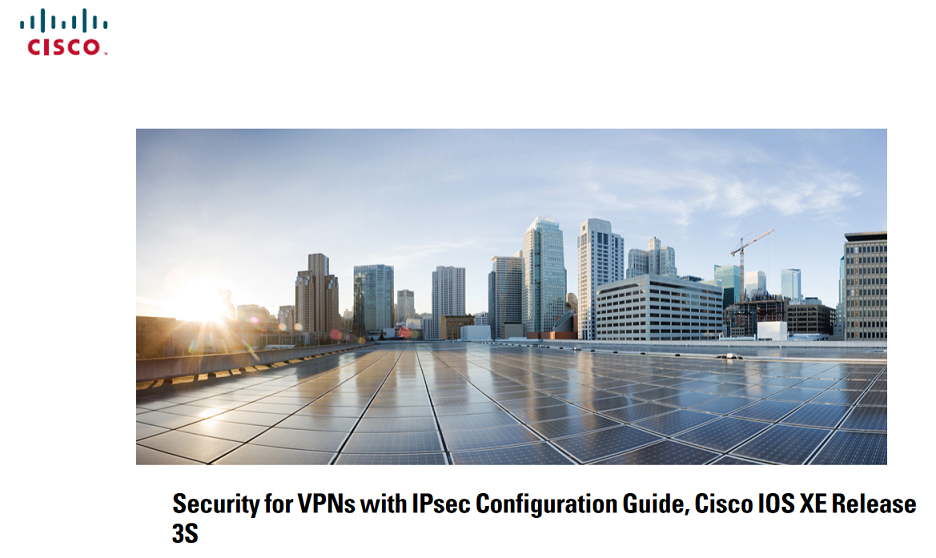 This module describes how to configure basic IPsec VPNs. IPsec is a framework of open standards developed by the IETF. It provides security for the transmission of sensitive information over unprotected networks such as the Internet. IPsec acts at the network layer, protecting and authenticating IP packets between participating IPsec devices (“peers”), such as Cisco routers and so forth.


A Snippet Of What's Covered:

AES—Advanced Encryption Standard. A cryptographic algorithm that protects sensitive, unclassified information. AES is a privacy transform for IPsec and IKE and has been developed to replace DES. AES is designed to be more secure than DES. AES offers a larger key size, while ensuring that the only known approach to decrypt a message is for an intruder to try every possible key. AES has a variable key length—the algorithm can specify a 128-bit key (the default), a 192-bit key, or a 256-bit key.

SHA-2 and SHA-1 family (HMAC variant)—Secure Hash Algorithm (SHA) 1 and 2. Both SHA-1 and SHA-2 are hash algorithms used to authenticate packet data and verify the integrity verification mechanisms for the IKE protocol. HMAC is a variant that provides an additional level of hashing. SHA-2 family adds the SHA-256 bit hash algorithm and SHA-384 bit hash algorithm.